Lewis & Clark’s gift-giving momentum continued at the February meeting of the Board of Trustees. On the eve of the meeting, President Wim Wiewel reported that Life Trustee Beth Miller BS ’73 had committed a $1.5 million planned gift to the comprehensive campaign and that Trustee Patrick Nielson BA ’71 and his wife, Dorris, had pledged $1 million. Trustee Craig MacLeod announced that he and his wife, Carrie, were making a $500,000 gift.

“We’re considering hosting the trustees on a monthly basis from now on,” quipped Wiewel.

At the board’s previous meeting in October, Chair Stephanie Fowler MA ’97 and her husband, Irving Levin, announced a $1 million gift to the campaign; Life Trustee John Bates and his wife, Susan, designated $1 million to support entrepreneurship; and Trustee Pat Mahaffy BA ’85 pledged an unrestricted gift of $1 million to Lewis & Clark.

“The board’s continuing leadership and generosity inspire our entire community and extend well beyond Palatine Hill,” says Wiewel. “Even in this quiet phase of our campaign, we’re making a lot of noise, having already raised more than $20 million since June 1.” 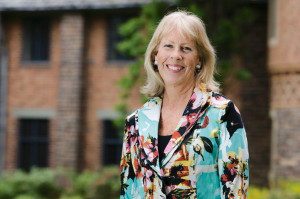 “As my role shifts from 21 years of time and energy contributions as a trustee to that of a life trustee,” says Beth Miller, “I felt it was the right time to do what I could financially to ensure the long-term viability of this incredible institution. From my time as an undergraduate through all of my years as a trustee, Lewis & Clark has been a major part of my life. I am thrilled to be able to contribute to the momentum and excitement surrounding the campaign.”

Miller served on the Board of Trustees for more than two decades and was named a life trustee in 2017. She has also served on Lewis & Clark’s national Board of Alumni. Miller earned her MBA from Harvard and is a former managing director in the Leveraged Finance Group for CIBC World Markets. 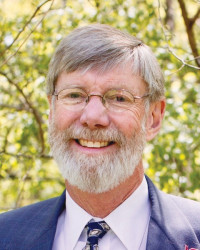 Craig MacLeod“I’m new to the board,” says Craig MacLeod, “and I’m very impressed by the energy, exploration, commitment, and opportunities I see all around the college. I want to help Lewis & Clark become better at all it does.”

MacLeod, who joined the Board of Trustees in 2017, has established two scholarships at Lewis & Clark. He serves as lead trustee for a multigenerational family trust and as a board member and treasurer of a nonprofit that operates three farmers markets. He has more than 30 years’ experience in investment operations, investment systems, and financial analysis. MacLeod is the former COO and founding partner of a small registered investment advisor and has worked for several insurance holding companies. He and his wife, Carrie, live in Minneapolis and have four children, including Christopher MacLeod BA ’11.

“Through our involvement with the college, its leadership, faculty, and students,” says Dorris Nielson, “Patrick and I recognize the importance and value of a Lewis & Clark education, certainly for our students but just as much for our community and country. We are delighted to support this campaign and the momentum begun by John, Susan, Stephanie, Irving, and Pat to help sustain future generations of students.” 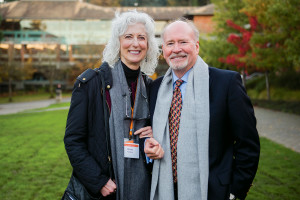 Patrick Nielson BA ’71Patrick Nielson, who became a trustee in 2015, was able to attend Lewis & Clark because of financial aid. He majored in political science; played four years of varsity baseball; and participated in off-campus and overseas study programs in Washington, D.C., and Chile, where he later served as general counsel for Grupo Nueva and a board member of two Chilean public companies. Earning his JD in 1975 from the University of California, Hastings College of the Law, he became a partner in a San Francisco law firm before his 25-year career as general counsel with Dole Food Company and, later, two pioneer companies dedicated to sustainability practices. He is principal of his private law practice. He and Dorris now divide their time between Santa Barbara, California, and Portland.

A Record-Setting Day of Giving

Commemorating its founding year, Lewis & Clark set out to secure 1867 gifts in 24 hours during the third annual Day of Giving on April 3. And the results are in: