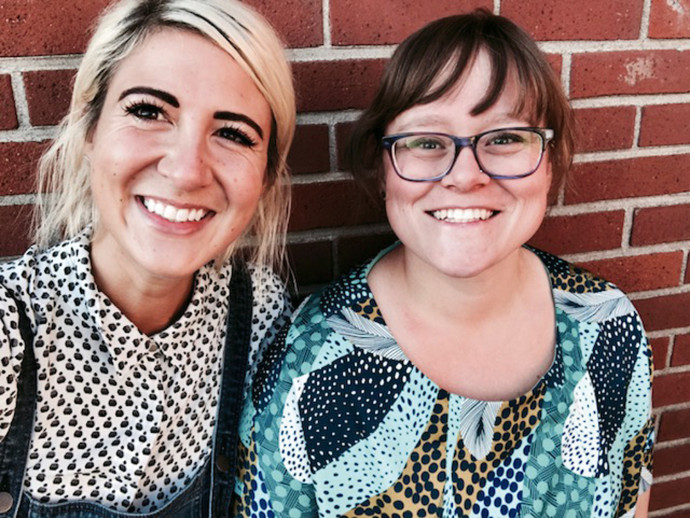 For most Oregon fourth graders, social studies means a focus on westward expansion, culminating in a three-month unit on the Oregon Trail.

“We wanted to present a more inclusive view of Oregon’s history,” says Rotwein. “Our kids are smart. They make connections between history and current events.”

Together, Rotwein and Dingus designed a new curriculum based on the Japanese incarceration of World War II. Extensive research and “an insane amount of work” allowed the coteachers to design the course over a two-month period, with additional tweaks throughout the eight-week semester. Their efforts were so successful that, in October, the Oregon Council for Social Studies honored them as the 2017 Oregon Social Studies Elementary Teachers of the Year.

Their curriculum revolved around a storyline approach. Based on their research, students developed characters and assumed the identities of fictional Japanese people living in Japantown, which was based on a real place in Portland prior to World War II. Rotwein and Dingus assumed the “power” roles of teacher, policeman, and landlord.

At the beginning of the unit, students’ characters received welcoming letters and sweet notes from their teacher, a policeman, and others in the community. Students developed daily schedules and routines for their characters. “But later, trust slowly eroded with the introduction of historically accurate negative incidents within their community—racial slurs, graffiti, and bullying,” explains Dingus. “Landlords, who learned their tenants were sending money home to Japan, threatened to double rents.”

The class ended just after President Franklin D. Roosevelt issued Executive Order 9066 in February 1942, authorizing the internment of tens of thousands of American citizens of Japanese ancestry. “Students were given 72 hours to pack one suitcase and write a meaningful final letter to their families in Japan,” says Dingus.

Rotwein and Dingus partnered with the Oregon Nikkei Legacy Center, a Japanese American history center in Portland, and densho.org to access authentic primary and secondary source material. “Abby and Elissa allowed students to understand what it feels like to be discriminated against and unprotected because of their ethnicity,” says Cynthia Basye, education manager at the Oregon Nikkei Endowment. Basye nominated the pair for the teaching award.

At the end of the program, Rotwein and Dingus invited community members, other classes, and students’ families to view the work their class had done. “We had several parents become emotional and comment on how much the unit had impacted them and their children,” says Rotwein.

Prior to earning an MAT at Lewis & Clark’s graduate school, Dingus, who grew up in Houston, received her bachelor’s degree in psychology from the college. Rotwein, who hails from St. Louis, moved to Portland during middle school. She earned a bachelor’s degree in literature from the University of East Anglia before studying at Lewis & Clark. “Professors Linda Griffin and Cindi Swingen mentored us in the graduate school,” says Rotwein. “They encouraged us to speak up and not accept the teaching status quo.” Because of budget constraints and increased class sizes, they won’t team-teach next year. But they’ll continue to support each other and push for positive changes in education. Dingus says, “Ultimately, we’d like to see a current, culturally relevant, and historically accurate curriculum taught at each grade level throughout the state.”