The Inauguration of President Wim Wiewel

Fresh from celebrating its 150th anniversary, Lewis & Clark opened a new chapter in its history on October 5 with the inauguration of President Wim Wiewel.

Wiewel arrived on campus last fall after serving nine years as president of Portland State University. Since assuming the presidency at Lewis & Clark, he has led fundraising initiatives that have produced more than $34 million in gifts and pledges—including a new $8.4 million gift (in the form of a charitable trust) for scholarships, which he announced during his inauguration address. He has also carried out an institution-wide strategic planning process and set the stage for developing a campus master plan. Together, these initiatives will help fulfill the vision of Lewis & Clark as a national leader in higher education.

The inauguration ceremony mirrored many of Wiewel’s signature qualities—warmth, intelligence, confidence, ease, and playfulness. It highlighted many themes important to Wiewel and Lewis & Clark: a deep commitment to the importance of international education, a belief in strong civic engagement, and a dedication to the principles of sustainability.

In his inaugural address, Wiewel reaffirmed the college’s commitment to the liberal arts:

As I see it, higher education, especially a liberal arts education, has three core purposes: to encourage lifelong exploration of the self and one’s own values; to develop the skills needed to embark on meaningful careers; and to prepare for full—and these days I add “civil”—to prepare for full and civil participation in public life… .

I realize that we make this commitment at a time when many people are questioning the value of higher education in general and the liberal arts in particular. But we choose to double down. Actually, with our three schools, we are tripling down. Each of our three schools is distinct, but all share a common purpose: to empower our graduates to make a positive impact on the world.

For direct links to specific program elements in the video, visit here. 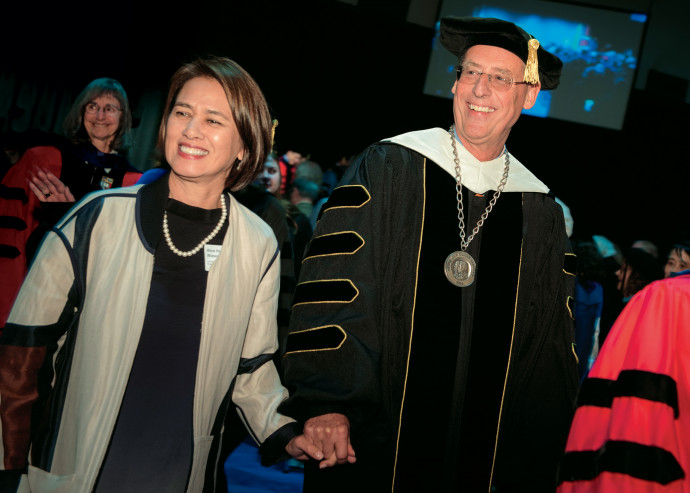 The Inauguration of President Wim Wiewel 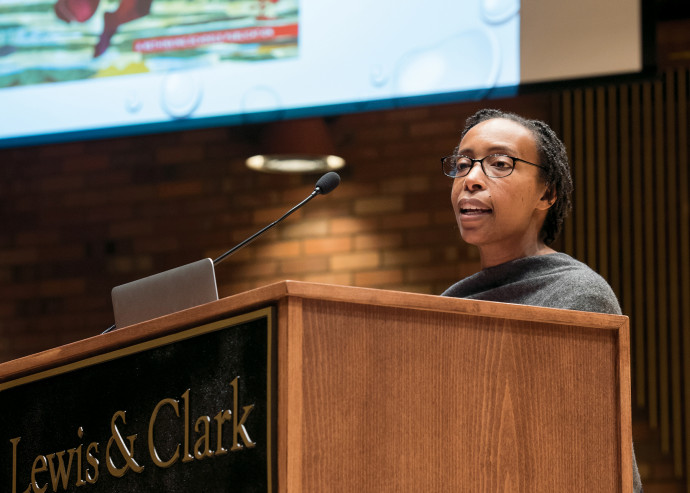 “Exploring for the Global Good”: Panels and Discussions Before the installation ceremony, guests gathered in Agnes Flanagan Chapel to take in what Wiewel called “the liberal arts in microcosm”— a sampling of the innovative scholarship being done across all three of Lewis & Clark’s campuses. The panelists, composed of faculty, young alumni, and a current student, addressed the topics of “Teaching for Black Lives,” “Physical and Virtual Environments: What is Real?” and “(Inter)national Security Lies.”
Steve Hambuchen