A miscellany of the new, the intriguing, and the obscure 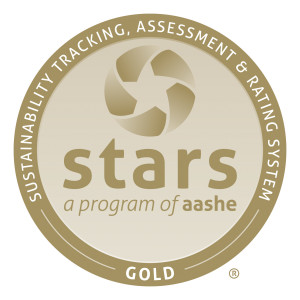 L&C in Top 10 of Sustainability Index

The Association for the Advancement of Sustainability in Higher Education recognized Lewis & Clark as a top performer in its 2018 Sustainable Campus Index, making L&C the only baccalaureate institution west of the Mississippi to make the top 10. 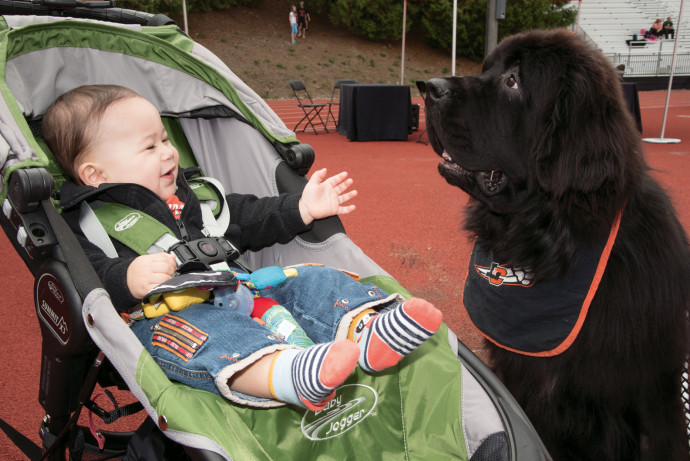 In July, Lewis & Clark bid a sad farewell to Buddy, the Newfoundland who had represented the Pioneers for more than a decade. Buddy was a much-loved dog who was known for leading the football team onto the field at each home game and making appearances at other athletic and community events. A young Newfie, named Garner, took up the charge this fall. 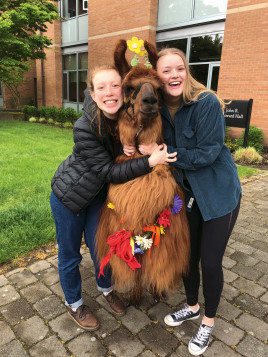 For many, it may have seemed like a finals week hallucination—a llama bedecked in flowers strolling about the college’s main academic corridor. But it was, in fact, real. During finals week of spring semester, L&C’s Welfare Intervention Network brought Rojo the llama to campus to help students de-stress. Similar events have been held with therapy dogs, but this was the first appearance for a therapy llama—and it proved to be a hit.

Saying NO to Plastics

In an effort to eliminate waste and reduce reliance on products containing fossil fuels, L&C has developed a campus-wide policy to reduce single-use plastic. The college is starting with plastic-bottled beverages and straws and will then move on to packaged food, plastic tumblers, and plastic utensils.

Benno Kolland BA ’21 has just completed his first year at Lewis & Clark, but he’s already accomplished something some people only dream of doing: designing and building his own rocket, with the goal of investigating cost-effective solutions for rocket propulsion.

In April, as part of an independent physics project, Kolland launched his rocket at the Oregon Rocketry site, 20 miles east of Bend. The target height of two miles was inspired by Mount Hood, which is visible from campus on clear days and stands 11,250 feet tall. The launch didn’t disappoint: the completed rocket, proudly emblazoned with L&C’s colors, reached a height of 12,025 feet, well exceeding its goal. Deploying a parachute, it landed a mile or so away, ready to be refurbished for future flights.

“Constructing, testing, flying, and even crashing keeps me interested in things that fly,” he says. Over time, Kolland hopes that his research will contribute to current technological innovations aiming to make commercial space flight a possibility. 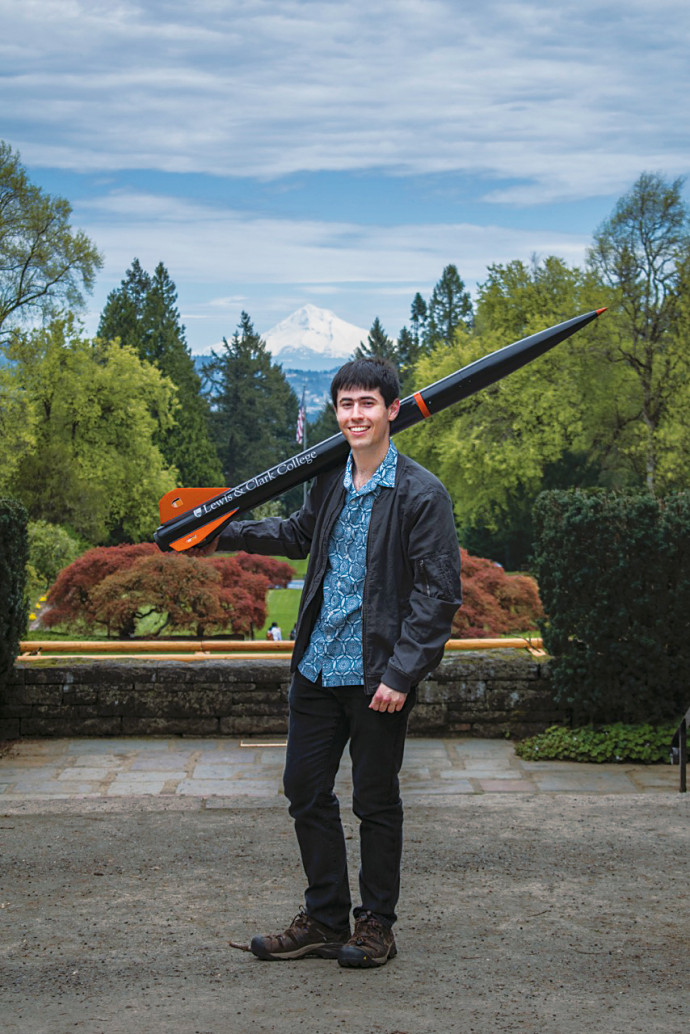