Mastering One Year of Arabic in Eight Weeks 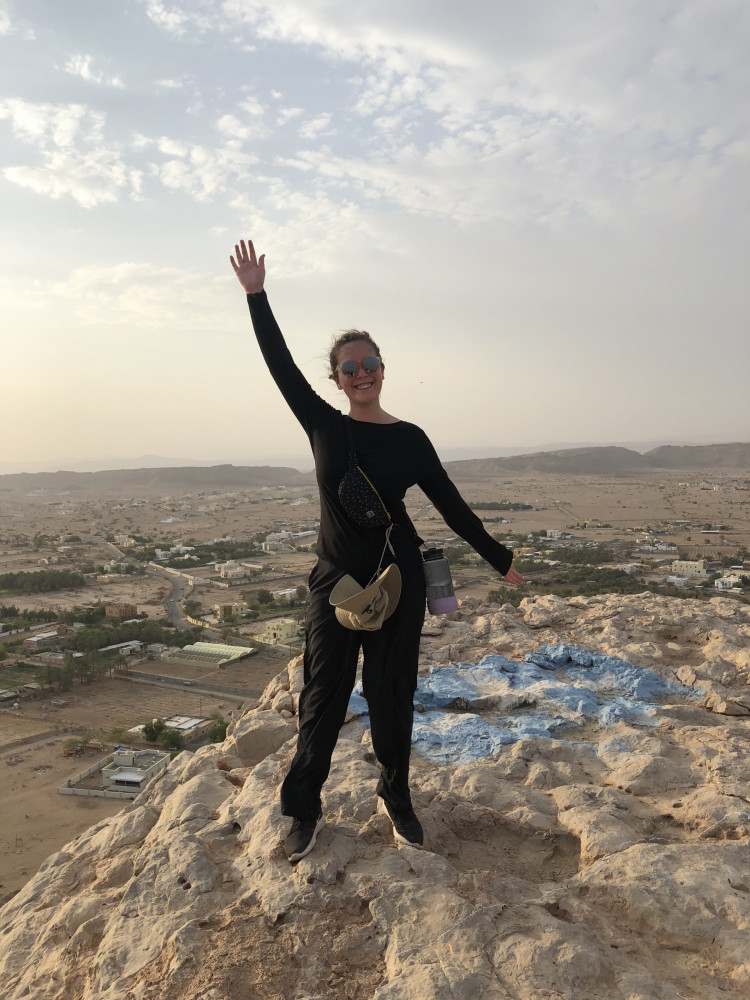 Grace Starling BA ’20 taking in the sights during her time in Oman.

After spending her spring semester studying overseas in Morocco, Grace Starling BA ’20 signed a pledge to only speak Arabic for the rest of the summer as she was accepted to the Critical Language Scholarship (CLS) Program in the Gulf state of Oman. A sociology and anthropology major and Middle East and North African studies minor from Southern Utah, Starling is supplementing her Lewis & Clark studies with this immersive eight-week program, equivalent to one year of college language studies.

The highly competitive CLS Program has an acceptance rate of 10 percent. Sponsored by the U.S. Department of State and supported by the American Councils for International Education, the CLS Program is open to all American students enrolled at U.S. colleges and universities. The programs boast intensive language instruction and cultural immersion designed to promote rapid language learning. The selected languages are deemed critical to the U.S.’s national security and economic prosperity—Arabic, Azerbaijani, Bangla, Chinese, Hindi, Indonesian, Japanese, Korean, Persian, Portuguese, Punjabi, Russian, Swahili, Turkish, and Urdu.

After taking four semesters of Arabic at L&C, Starling applied to CLS in the fall of 2018, seeking to expand her studies. 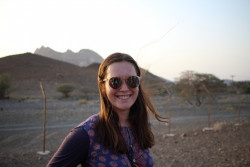 than a lot of other studies,” Starling said. “I’m a sociology and anthropology major and that’s very theoretical; language is far more practical and I like that … I wanted to learn a language and actually be able to speak to people in it.”

During her first year at L&C, Starling was asked by Instructor of Arabic Adelaide Byrum to help create an Arabic club. From eating at food carts with Arabic-speaking owners in downtown Portland to watching Arabic films at the Portland International Film Festival, this club helped Starling engage more deeply with the language and culture. The experience left her wanting more.

The CLS Program gives students an opportunity to put their full energy into one subject, with a schedule jam-packed with language classes and cultural excursions. Every weekend the students spend their time in Omani homes with the program’s language partners. Starling’s experience on the Morocco overseas program (created and led by Associate Professor of Anthropology Oren Kosansky)—spending six weeks in a homestay in Marrakesh and six weeks in a homestay in Fes—left her well-prepared for this program. 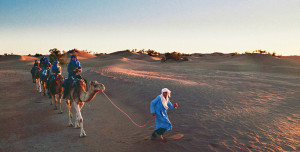 Students on an outing, part of the Morocco overseas program.“If I hadn’t gone to Morocco, I would be far less proficient and comfortable speaking Arabic,” Starling said. “The overseas program really helped me learn how to live abroad in general.”

Although she doesn’t know what her future holds, she hopes to put her language abilities to good use in her career.

“I would love to work for a nonprofit in the U.S. where I would be able to speak to people who don’t know English very well, maybe a refugee or immigrant organization,” Starling said. “But for now I just want to focus on this program. I really feel like I have improved a lot, but, as with any language, there’s a lot more improvement to be done.”