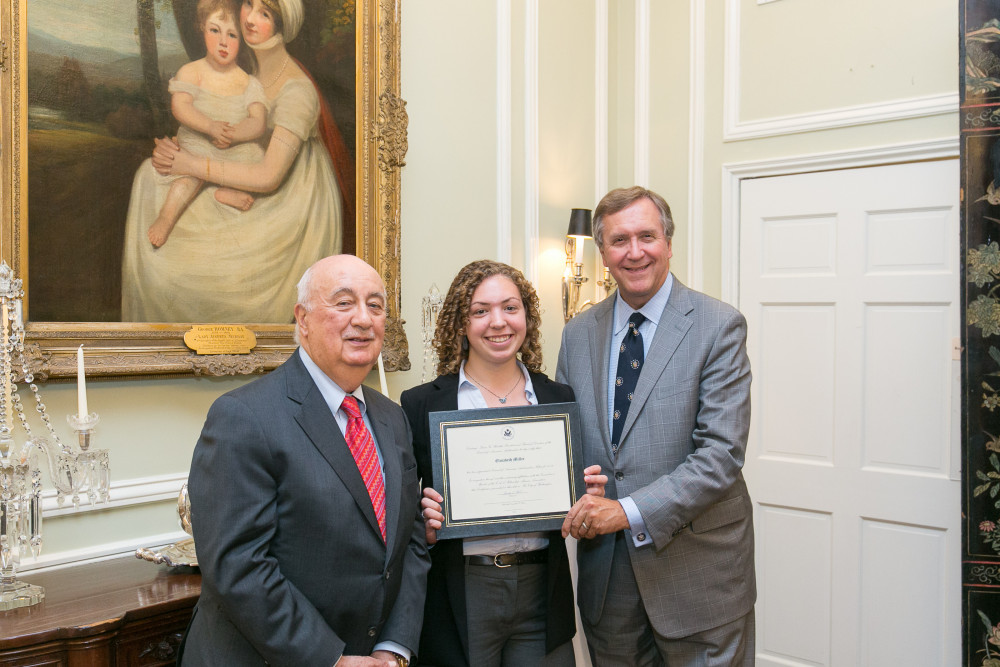 Ellie Miller BA ’20 was chosen as one of only six undergraduate students in the nation to participate in the Council of American Ambassadors (CAA) Fellowship program in Washington, D.C. She spent her summer interning at the U.S. Department of State, studying at George Mason University, and receiving guidance from former U.S. ambassadors.

A French studies and psychology double major with a focus in Arabic as a third language, Miller stood out in a field packed with international affairs and political science majors. The program looks for students who have spent extensive time abroad, and Miller—who now calls Seattle, Washington, home—met that qualification several times over. Having grown up in Germany and Belgium and studied overseas in Paris last spring, she identifies as a world citizen.

At the State Department, Miller interned for the Bureau of Counterterrorism and Countering Violent Extremism, where she helped coordinate U.S. policies with foreign partners. She is fascinated by cross-regional conflict, radicalization, and terrorism. Surrounded by an engaged, youthful community, Miller found herself at home in Washington, D.C.

“There are a lot of young people working in the State Department or in other government communities,” Miller said. “Everybody is super well informed and so intelligent, and there is always something going on. It’s a great place to be an intern.”

The CAA program also allows students to participate in the Institute on Economics and International Affairs (IEIA), supported by the Fund for American Studies. Through this program, Miller took two courses, Economics and U.S. Foreign Policy, at George Mason University’s Arlington, Virginia, campus. Fellows were also invited to weekly guest lectures with leaders in public policy and international affairs.

Throughout her fellowship, Miller was mentored by Dwight Bush, who served as the United States Ambassador to Morocco under President Barack Obama. At Lewis & Clark, Miller has also taken advantage of the expertise of Diplomat in Residence Niels Marquardt BA ’75, who helped prepare her for working in the State Department.

Miller plans to focus her French thesis on terrorism and take the foreign service exam in the spring to continue her career with the State Department.

“Getting to move around every year or two and change up your job is a very appealing lifestyle to me,” Miller said. “It’s definitely not for everybody, but that work is something that I am very motivated to get into.”