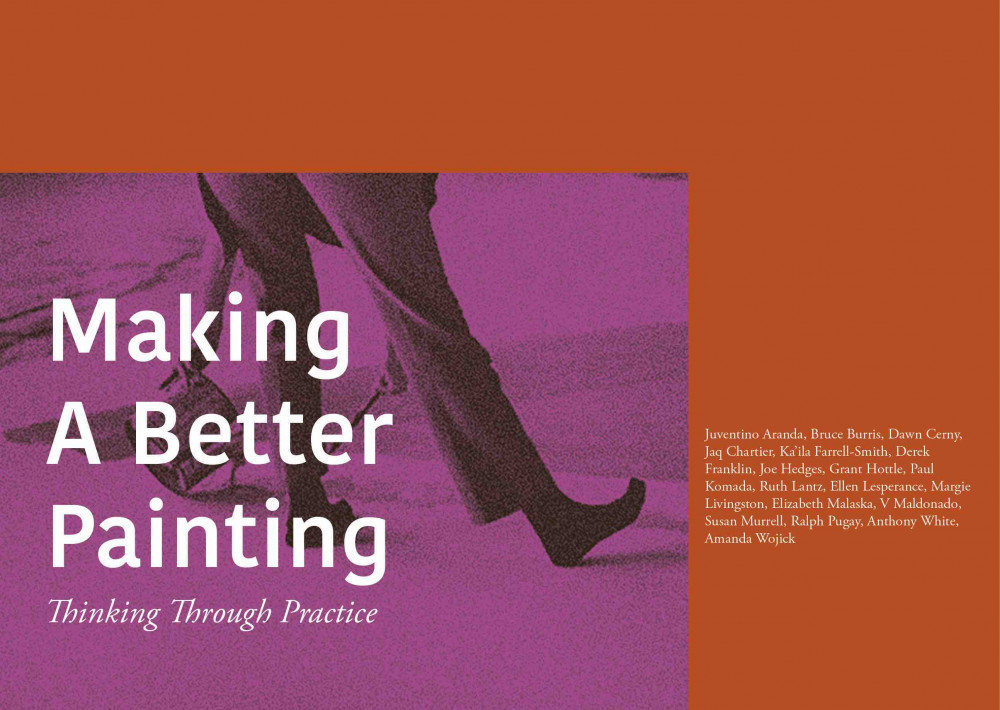 From January 23 to March 15, Lewis & Clark’s Ronna and Eric Hoffman Gallery will host an exciting regional exhibit, titled Making a Better Painting. The collaborative curation features 18 artists from across the Pacific Northwest who seek to spark conversations about painting from a practitioner’s point of view. Each of the artists directly address at least one of the four exhibition themes in their work: painting in the expanded field, painting and politics, painting in the Anthropocene, and painting after technology. The title refers to the absurdity, passion, and even shame that inflect the pursuit of painting today.

The exhibit will provide context for the presentations, panel discussions, and hands-on workshops at the Making a Better Painting: Thinking Through Practice Symposium, held on March 6 and 7. The symposium’s keynote speaker is Molly Zuckerman-Hartung, a painter and writer living and working in New York. Zuckerman-Hartung teaches in the low-residency MFA program at the School of the Art Institute of Chicago and was appointed critic in painting/printmaking at Yale in 2015.

Free and open to the public, the exhibit and symposium are follow ons to the inaugural Pacific Northwest painting symposium held in 2017 with collaboration from professors at Lewis & Clark College, the University of Puget Sound, Whitman College, Willamette University, and Reed College.

Taking the lead in organizing and curating this year’s exhibit is Lewis & Clark Associate Professor of Art Cara Tomlinson, who also serves as the art department’s studio head of painting. Tomlinson’s collaborators include faculty from the University of Puget Sound, Western Washington University, the University of Oregon, the Whatcom Museum, Portland State University, and the Pacific Northwest College of Art.

“The title of the exhibit and symposium refers to the absurdity and passion of pursuing painting today—the burden of the history of it as a fine art, its commodity status, all the trappings that make painting both hyper-visible and invisible in terms of its practical discourse,” said Tomlinson. “Despite all the historical, capitalistic weight that the practice of painting brings to the table, painters are still engaged in a sweet hopefulness attempting to make a better painting in our individual studios. This exhibit/symposium allow us to meet and publicly share these private, practical, and philosophical studio conversations.”

Tomlinson just received a grant from the Ford Family Foundation’s Visual Arts Program to support the design and production of a catalog documenting the exhibit. The publication cataloging the exhibit’s artists and their work will serve as a lasting document for the artists in the exhibit, as well as the collaborative curating effort that includes Portland State University, University of Puget Sound, Western Washington University, Pacific Northwest College of Art, University of Oregon, and the Whatcom Museum.