The Timbers Goalkeeper for Digital Media

Portland Timbers games are rousing affairs,  especially at the north end of the stadium. Whenever the soccer team scores a goal, mascot Timber Joey fires up his chainsaw to cut  off a slab of wood from a fallen log. At the  end of the game, players ceremoniously gather on the field and hoist the slabs over their heads as the fans roar.

Following a game in mid-September,  center back Pa Modou Kah was heading to  the log ceremony when he locked eyes with  a special fan—5-year-old Eva Bolls. The white cotton cap covering her bald head signaled  her battle with cancer, and Kah wanted to make her smile. He asked permission, then picked her up and carried her onto the field. Together, they raised a slab.

“While we’re quick to share spontaneous stories like Kah’s, we’re very strategic about our brand and the messages we present,”  he says.

Costello developed an affinity for compelling narratives at Lewis & Clark College, where he was an inaugural Pamplin Scholar who double majored in history (with honors) and theatre with a minor in East Asian studies. “The extensive research and writing I did in Steve Beckham’s history classes—particularly Historical Materials—added dimension to  the storytelling skills I learned in acting and directing courses,” he says. “I was also a sports nut. I had played soccer and baseball in high school and helped captain a theatre department intramural softball team at L&C:  The Comedy of Errors. We lost every game.”

Young and in love when he graduated, Costello moved to New York City with his now wife Corinna Buchholz BA ’96, who  was doing graduate work in women’s history  at Sarah Lawrence College. On the strength  of a friend’s recommendation, he landed a job assisting noted director Darren Aronofsky,  who was then working on Requiem for a Dream, a film depicting the shattering drug-induced dystopias of four Coney Islanders.

“It was like going to film school for a year,” says Costello, who had a small part in the movie and directed a documentary about  the making of the film. “Darren had a hard,  demanding personality, but he was also loyal and giving. He took time to listen and to  teach me about filmmaking.”

In 2001, Costello and Buchholz returned  to Portland, where they are raising two sons. Before joining the Timbers and Thorns, he  directed a post-production finishing fund  in New York to help discover, finance, and  collaborate with emerging independent filmmakers. He was also a producer at Oregon  Public Broadcasting, an entertainment developer for Wieden+Kennedy, a public relations manager at Portland Institute for Contemporary Art, and a freelance writer for clients  like Nike, Starbucks, Target, and a number  of sports and design blogs.

While writing a feature about Major League Soccer for the Portland Mercury, Costello learned that the Timbers organization wanted to revamp and expand its website and social media presence. Costello’s friend and mentor Shawn Levy, then film critic for the Oregonian and a fellow Timbers fan, recommended him for the position. The fit was  perfect.

“Soccer is an exciting growth industry,  and Portland fans are remarkably robust and loyal,” he says. “Because of them, our renewal rate for season tickets has grown to 99 percent—with more than 10,000 people on the waiting list. Getting to tell the story of the club is a dream job.” 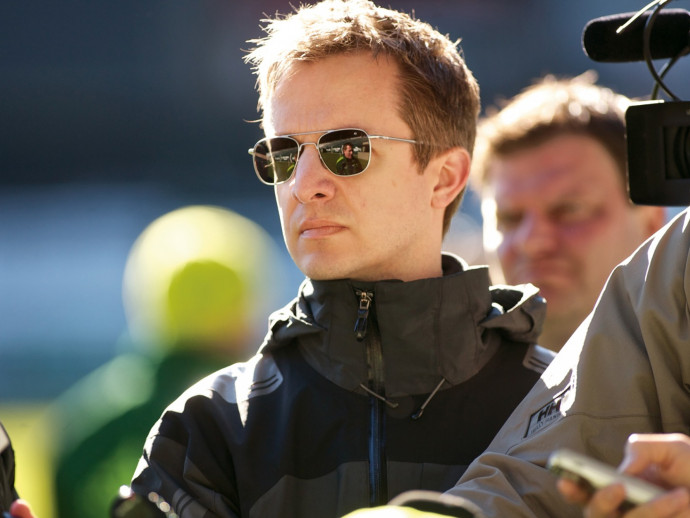 The Timbers Goalkeeper for Digital Media