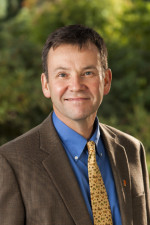 Brian White, Associate Dean of Students and Director of International Students and Scholars. Brian earned his undergraduate degree from Whitman College and his graduate degree in literature at Arizona State University. Brian studied in London, England. He has taught English in China and Japan. Brian led Lewis & Clark’s overseas program to Kenya/Tanzania. 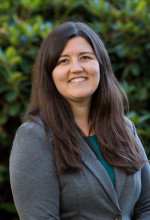 Bridget Flaherty, Associate Director of International Students and Scholars.  Bridget earned her bachelor’s degree in English from University of Portland and her master’s degree in Communication Studies from the University of Montana, focusing on intercultural communication.  She has studied abroad in Austria, taught English in Japan, and traveled to other countries in Europe, Asia, and the South Pacific. 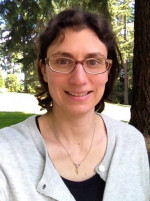 Paola Dennis, Administrative Specialist. Paola is originally from Italy but moved to Portland, Oregon in 2003 after graduating from the University of Bologna with a bachelor’s degree in Economics and Tourism. While in college, she was able to travel and work in different countries throughout Europe and it was a business internship that originally brought her to Portland. 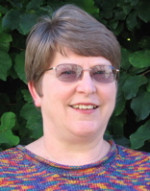 Carolyn Locke, (Retired) Administrative Specialist. Carolyn graduated from Cal Poly/San Luis Obispo. Carolyn worked for 6 years in the Admissions Office before joining International Students and Scholars in 2000. Carolyn and her family served as host family to a number of Japanese students over the years. Carolyn has a daughter living in Japan and she has traveled to that country to visit.

Greg Caldwell, (Retired) Associate Dean of Students and Director of International Students and Scholars.  Greg retired from Lewis & Clark in May of 2011 after 35 years of service.  He continues to live in Portland near the Lewis & Clark campus and remains active and involved with the the L&C community.  Alumni and friends can contact Greg at:  8433 SW 10th Avenue, Portland, OR 97219 or via email:  caldwell@lclark.edu.