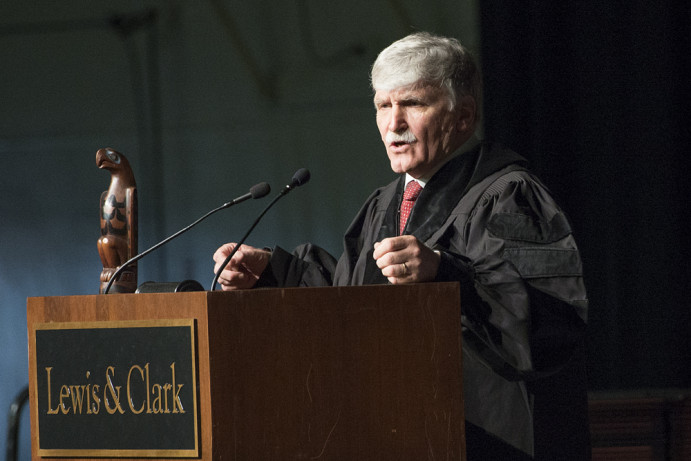 The Roméo Dallaire Scholarship allows recipients to enroll in the Academic English Studies program at Lewis & Clark College for one academic year. While studying English and living with other students from throughout the United States and around the world, scholarship recipients experience first hand the history and habits of diverse cultures even as they share with others their own traditions, customs, insights and beliefs. The Dallaire Award Fund continues to advance the principle that has guided Lewis & Clark’s innovative programs in international education for more than 40 years: global understanding is rooted in relationships, and relationships are built day by day and person to person.

Inspired by the compassion for community and forward-thinking attitudes of our past Roméo Dallaire Scholars, we announce a new scholarship for local Portland metropolitan area high school graduates who are refugees or immigrants and are non-native English speakers.  The scholarship will pay for one academic year’s tuition, books and a bus pass for non-residential students to study in the Academic English Studies program at Lewis & Clark.  The application process and procedures are being developed and will be announced in early 2020.

Give to the Michael Graham Scholarship 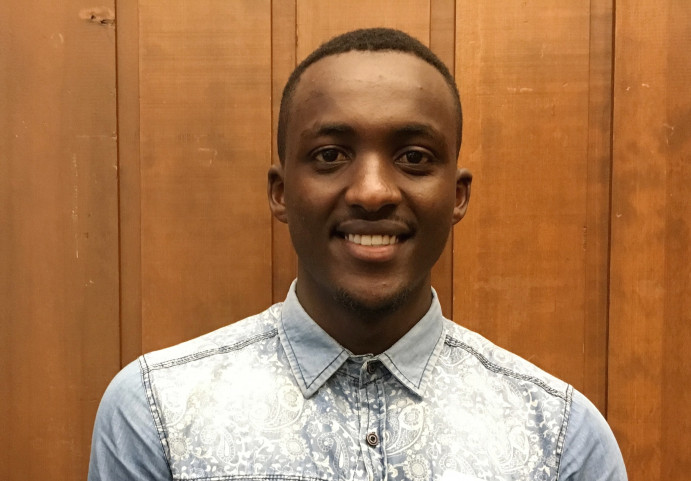 The 2019-20 Roméo Dallaire Scholarship Recipient is Kayambi Alfadi Ngabonziza.  We look forward to getting to know Kayambi this year!

Sister Scholarships at Texas Christian University and the University of Delaware

In 2016 we celebrated the 10th year of the Dallaire scholarship.  In recognition of this milestone, General Dallaire sent this message:

Not so many years ago I witnessed to what extent adults can manipulate the minds of youths that pushed them to commit some of the most horrific crimes against humanity during the Rwandan genocide.

Over the last 10 years, since my initial research during my fellowship at the Kennedy School at Harvard, I have been pushing to frontiers of eradicating the use of child soldiers in civil wars and conflicts worldwide.  My team at Dalhousie University, where the Roméo Dallaire Child Soldiers Initiative is accommodated, has been able to change the doctrine in NATO, in the African Union and a number of individual countries for their security sector forces to be more effective in reducing the use of child soldiers in conflicts.  The website childsoldiers.org is a most valued information site on this matter.

The General Roméo Dallaire Scholarship is one of the precious instruments of developing, in a most rigorous intellectual manner, the thinking of future leaders in their country to be able to discern and prevent their nation stumbling into civil war, mass atrocities and even genocide.  The recruitment of child soldiers is in fact an early warning to such extreme abuses of human rights.

It is with humility, yet tremendous pride, that I salute the previous graduates and those that will join them in the future to work diligently and intelligently at preventing conflicts and eradicating the use of children as weapons of war.

Bravo to the university leadership and many thanks for their continued support.

Learning from Rwanda to equip and inspire each one of us to enter the world of the “Other.”  The “Other” may be under our own roof or on the other side of the globe.